[UPDATE] – It has been confirmed. The email from Rick Doblin (head of MAPS) has been published here. In addition, Erowid has updated their site here. Here’s the contents of the message from Mr. Doblin:

“Albert died at home at 9 AM Basel time from a myocardial infarction, quick and relatively painless. Two caretakers were there with him at the time. The only people who were told were people from Burg, the village where he lived, and Peter and others were surprised the word of his death had gotten out so quickly. It’s the age of the internet…

Albert had been increasingly thinking of death these last few months. He had stopped leaving his home, where he said he could feel the spirit of Anita, his wife who died December 20, 2007. He didn’t come to the World Psychedelic Forum a month ago, but did entertain some visitors at his home. We spoke on the phone the day after the Basel conference and he was happy and fulfilled. He’d seen the renewal of LSD psychotherapy research with his own eyes, as had Anita. I said that I looked forward to discussing the results of the study with him in about a year and a half and he laughed and said he’d try to help the research however he could, either from this side or “the other side”.”

[UPDATE] – A comment left in an article on boingboing about the subject states that confirmation has been obtained from Rick Doblin, head of the Multidisciplinary Association for Psychedelic Studies (MAPS)

According to a post made by a reddit.com contributor named t4inted:

Albert Hofmann, the father of LSD, passed away last night.

Here is the quote:

“This isn’t in the news yet. I’m from Basel and Hoffmann lived close (in Burg). My friends mother helped to look after him, he died last night (of old age probably, he was 102).

You might not belive one source you don’t know and who has no way to back up his claims but it’s true. It will probably go public soon.”

I hope that I get to update this page later and say it was a hoax.

But if it is true, then we can only hope that he is dancing and happy. 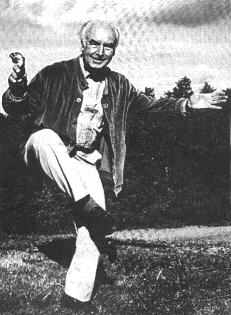