Well everyone. It’s been quite a few days so I expect that you all are awaiting part 2 of the Ubuntu / Open Source game review. I apologize for the delay but my girlfriend, Bonnie has had a huge women’s policy event to plan for. The amount of work and dedication needed to help plan and organize an event of this nature is enormous and would take it’s toll upon anyone. So, I’ve done my best to be there for her. But, that aside: everything is now well.

So, without further adieu, here it is!

Last time we went over how to install games using the wonderful operating system known as Ubuntu. We also went over the first 3 games in the list of games that are easily accessible with the Ubuntu operating system: Abuse, Adonthell – Waste’s Edge and Airstrike.

Now that you know how easy it is to install the games, you can follow along with the next few games in the review:

AisleRiot Solitaire (Homepage)
While you may have played solitaire on Windows, you have never seen a solitaire program as flexible as this. There are a number of different card solitaire games to choose from. You can play games from Gay Gordons to Beleaguered Castle and enjoy everything in between. This is a very flexible and diversified solitaire card playing program. 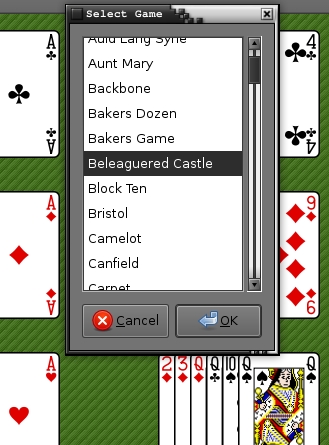 Alien Arena (Homepage)
Version 6.10 of this game has gotten a lot of attention from different publications (read as here and here, and so on). Even though it offers different types of gameplay such as CTF (capture the flag) and AOA (all out assault), it really doesn’t deliver anything spec-tickley-taculour. I’m just being honest from a game playing point of view. While the graphics are pretty well done and scale well for better systems more than some other games, Alien Arena just doesn’t pack enough unidentified flying punch to make it extremely worthwhile. Here’s a screenshot of one of the aliens about to be creamed: 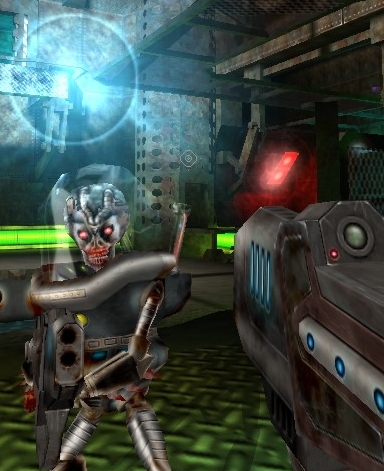 Ultimately, if you are looking for some open source multiplayer action that is akin to other FPS games, then maybe Alien Arena is for you. However, don’t expect to find anything extraordinary from this well designed FPS.

Overall, I would say that Alien Arena is good if you are looking to play some medium to fast paced first person shooter type games. But if you’re looking for the game that will blow your socks off, Alien Arena is not for you.

Anagramarama (Homepage)
If you couldn’t tell from the name, this game is all about anagrams. As such, this is a game for those who are fond of coming up with words given a set of letters (think Boggle). The game itself is pretty small and doesn’t have a ton of bells and whistles. However, the sound that it makes when you have an incorrect answer is exceptionally annoying. There aren’t really any options for the game so you just play as hard as your lexicon of a brain will let you.

Also, if you have ever been a fan of the popular Yahoo game Text Twist, then this game will be right up your alley. However, this author prefers the Yahoo version in this case.

As you can see by the screen shot, there’s nothing new here: 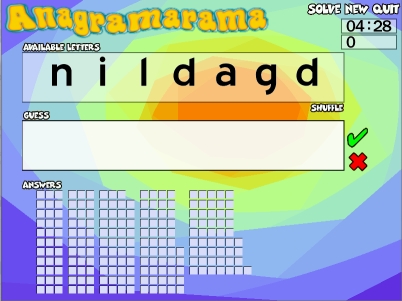 However, if you like word games and you want to waste a few minutes, this game might be for you.

Angry, Drunken Dwarves (angrydd) (Homepage)
Well, this one happens to be a revamp, but it’s pretty damned fun and it’s got loads of originality. One of the first things you’ll notice about this game is the description that is given for the installation of the game. Here’s an excerpt:

“In Angry, Drunken Dwarves, you are an angry, drunken dwarf. Why are you so angry? Who knows. But you’ve decided to take your aggression out on other dwarves, by dropping gems on their heads. Lots of gems.”

If you’ve ever played Dr. Mario or Super Puzzle Fighter, then you will probably like this game. It even allows for two player action if you are using a USB game pad or if you don’t mind getting cozy with your opponent on the same keyboard. Like I said though, the originality of the game is sorta what gives it some flare. Just as an example. Here’s the mug of one of the characters: Ogi Hammeraxe. 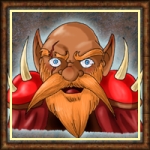 Here’s a great excerpt from his description:

“He once punched this other dwarf in the face just for laughing after he accidentally rhymed while explaining the function of he hammer.”

The different dwarves drop different types of crystals on their opponents when they get combinations.

I wish the originality and graphics would have worked their way into the gameplay however as it is a bit drab. Not to mention the fact that the “original music” is tolerable at best. Here’s a screen of that gameplay: 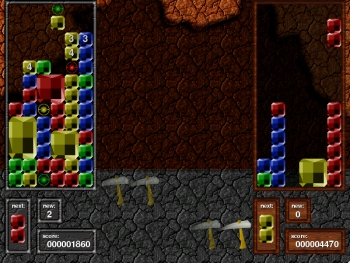 However, in comparison, here is it’s competitor Super Puzzle Fighter:

The use of animated characters with the voice acting (albeit somewhat annoying voice acting) adds enough flare to make this game more worthwhile. Hopefully we’ll see more in a later release of angrydd.

Akhart (Homepage)
Okay, so this isn’t really a game per say, but more of a framework for those interested in developing games… in 2003. Since it was part of the menu of games that were possible to install, I decided to give it a try. I loaded up the game and adventurously clicked on the ‘Histoire’ menu button to find out a bit about the game. Okay, there’s a world, some people… oh god:

“They where [sic] the owners of a powerful yet wise knowledge.”

Yea, I pretty much stopped reading there.

I clicked on the Options button… no luck there. Hmmm… how about the Multi button? Nope, nothing there. Okay, single player here I come. The arrow keys move you forward, not backward, and you can turn. Oh, and the mousewheel works. That’s about it here folks. It’s also worth mentioning that it is a HUGE resource hog on my humble laptop. Here’s a screen shot of all its wonder: 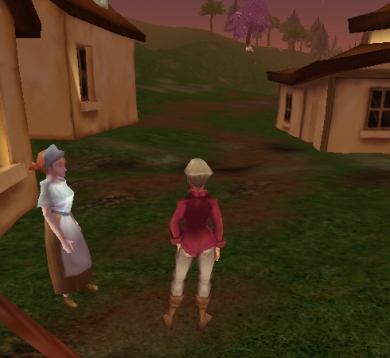 Yes, I tried clicking on the NPC(?) next to me to see if anything happened. No, nothing did. I don’t think anyone will be writing a game using this framework anytime soon. But, who knows?