Recently the news has been inundated with news about the many different appointments that Obama has been recommending for his upcoming cabinet.

There are quite a few choices that are very good. Some, however, are being overlooked. Possibly because the news seems to keep itself involved with a certain someone above all of his other choices: 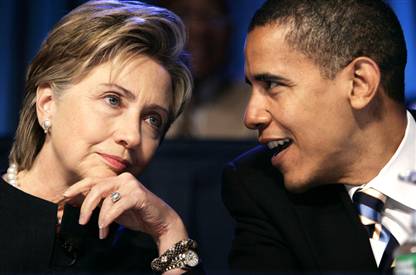 Well, I for one, think some of those choices need to be looked at. It doesn’t seem that I’m alone in thinking this.

If you’ve read my blog before, then you know that one of the things that concerns me most in this country, and around the globe, is the war on drugs.

Please don’t think this is going to be another post loaded with statistics about how the war on drugs is terrible and destroys countless lives every year.

Instead, I’d like to explore a few of the recent choices that President Elect Obama has in regards to drug control.

Obama was known by many to be a friend to the medical cannabis and legalization movement that is occurring within our country and around the world.

“I got high for just the opposite effect, something that could push questions of who I was out of my mind, something that could flatten out the landscape of my heart, blur the edges of my memory. I had discovered that it didn’t make any difference whether you smoked reefer in the white classmate’s sparkling new van, or in the dorm room of some brother you’d met down at the gym, or on the beach with a couple of Hawaiian kids who had dropped out of school and now spent most of their time looking for an excuse to brawl. You might just be bored, or alone. Everybody was welcome into the club of disaffection. And if the high didn’t solve whatever it was that was getting you down, it could at least help you laugh at the world’s ongoing folly and see through all the hypocrisy and bullshit and cheap moralism.”

While Barack Obama may not have all the kindest things to say about cannabis, he was outspoken in his support for the end of federal raids on patients and dispensaries alike:

“I don’t think that should be a top priority of us, raiding people who are using … medical marijuana. With all the things we’ve got to worry about, and our Justice Department should be doing, that probably shouldn’t be a high priority.”

Indeed he, like others, has said he understands and realizes the legitimacy of the medical uses. However, he would want stringent rules:

“My attitude is if the science and the doctors suggest that the best palliative care and the way to relieve pain and suffering is medical marijuana then that’s something I’m open to because there’s no difference between that and morphine when it comes to just giving people relief from pain. But I want to do it under strict guidelines. I want it prescribed in the same way that other painkillers or palliative drugs are prescribed.”

The Marijuana Policy Project even had enough material to put together a video showing Barack Obama speaking about the matter on numerous occasions:

So, it would appear, that Barack Obama would be ready to lead our country forward out of this terrible hole we’ve gotten ourselves into.

Actions, however, speak louder than words. So far, the actions are not holding up President-elect Obama. The actions I am referring to are the recent appointments you have made concerning drug policy in this country.

The Office of National Drug Control Policy is a very important organization in this country as it helps to determine a national attitude towards drugs and the enforcement, punishment, treatment and education associated with them. So far, Obama has managed to select a person who was already in the position, and is looking towards an opponent of the drug war for his selection for drug czar.

Beyond that, however, you have the Attorney General; who would be a key figure in helping the end of medical cannabis arrests and raids. So, who does Obama select? Eric Holder Are you serious? This guy: 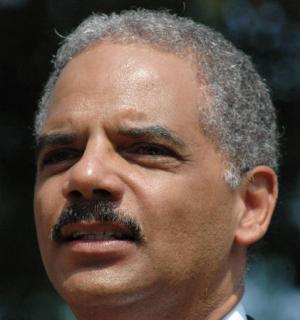 “The truth of the matter is that marijuana is a significant problem for the city. Crack cocaine still drives most of the violence in this city, but marijuana violence is increasing. We need to nip it in the bud.”

That was in the Washington Times in 1996.

Another person in Washington who thinks that crack and marijuana are to be uttered in the same breath.

4 years later, the Washington Post reported that he had won his battle:

“The D.C. Council voted yesterday to toughen the maximum penalties for the distribution of marijuana, making it a felony subject to a five-year prison term rather than a one-year misdemeanor”

So, we’ve got an Attorney General with a track record of pushing for harsher punishments for marijuana possession and distribution.

Wonderful. It just gets worse. Now, there is news that Obama will be selecting an ex-alcoholic Congressman Jim Ramstad for the top position in the O.N.D.C.P.. 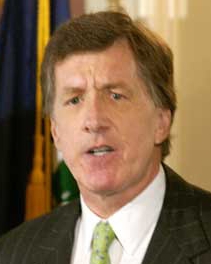 The same Jim Ramstad who voted for H.R. 2586 which helps to allow the military to assist in operations with, and even divert tracking equipment towards, the drug war. Here’s a little piece of that wonderful text:

“(a) ASSIGNMENT AUTHORIZED- Upon submission of a request consistent with subsection (b), the Secretary of Defense may assign members of the Army, Navy, Air Force, and Marine Corps to assist–

`(1) the Immigration and Naturalization Service in preventing the entry of terrorists and drug traffickers into the United States; and

In addition, he’s voted against clean needle exchanges, which have been shown time and time again to aid in preventing the spread of HIV and other infections.

Clearly: he’s not the person to lead us out of the darkness.

Let’s look at one last decision that Obama has made: Dr. Donald Vereen.

It may just be me, but I feel like anyone who has already tried to serve this country in the O.N.D.C.P., should not be allowed to be involved in it again. That’s like asking the ex-executive of a failed corporation to help make financial decisions…

He’s got a weird view on medical marijuana as well. Instead of being against it, he has decided to fit himself in a niche so he can deflect questions about it. This niche I’m speaking of is the small group of those spoken out against medical marijuana because there “is no suitable means” to introduce cannabis into the patient and therefore, he’s against it until everyone can figure out a better way than smoking.

Then again: that’s just what he’s said recently. Now that he’s got a nice excuse to hide behind, you probably won’t hear him saying stuff like this again:

“It doesn’t matter what the excuse [for using marijuana is,] … you are going to get arrested just as fast. Individuals and individual doctors don’t make medical policy, and that’s what this is.”

Thanks President-elect Obama. Looks like you’ve given us a great group of guys to “hope” with.