My fiancé and were recently engaged (vid) and as such, we started looking for a new place to be our own in the Missoula, MT area. Looking in the paper always seemed to offer dated listings and some newspapers favor some property management places over others which makes for a slanted view of what is available. The image that appears below is from the web application that I’ve been working on called Grūpthink. This is the results of users of the Missoula grūp rating some of these places. Just click on the image and you can see comments and ratings for the major property management places in Missoula. I found this to be the best resource to help me get started.

However, what I couldn’t find was a resource which listed all the different property management companies available with the necessary details such as the phone number, website, etc. In addition, some websites did not list their hours of operation so I had to call to find out. Hopefully this guide will help you out in your online search for the perfect rental in Missoula, MT.

I will list the top 10 in the order they appear in the Grūpthink topic as of Tuesday March 25th, 2008. Along with each listing you’ll find the phone number, a link to the address in Google Maps and a review of the listings on their website.

Well there you have it. The top 10 online property management places for Missoula, MT. I hope you find this guide helpful. If you enjoyed this post then be sure to subscribe to my RSS feed. If you would like your website to be listed here, then send an email to writer at ilovebonnie.net.

[UPDATE] – Thanks to this arrest, Scott Day got to spend the last few months of his life in fear and anxiety. He has now passed on. You can find more information about his passing here.

The police raid occurred on February 1st, 2008 at the home of a terminally ill Dillion, MT man and his girlfriend. The gentleman lives with a disease which usually overtakes its victims by the age of 12. For this, he has become a registered medical marijuana patient in the state of Montana.

According to the Dillonite Daily article:

“The indoor marijuana grow utilized a very sophisticated venting system that was intended to keep the project hidden from the outside.”

The police seized 96 plants after what they call a three-month “investigation.” The terminally ill and suffering patient and his girlfriend are now facing 2 years to life and a fine of, up to, $50,000 for the offense.

The Montana Standard reported that Blair Martenson, an agent in charge with the Southwest Montana Drug Task Force in Butte, had this to say about the home:

“This was a marijuana growing operation that was pretty well sophisticated with the way it was set up.”

Of course, obtaining the medicine in question will probably not be easy for the patient during the investigation. To top things off, according to investigators, the processing is taking unusually long. This is due to the “huge amount of evidence in this case.” Martenson added that the delay was due delay in charges is common as agents must send the marijuana to a crime lab to confirm that it’s an illegal drug.

I would have hoped that somewhere during the three-month investigation they would have enough conclusive evidence to determine that it is marijuana.

This private garden served as the source of medicinal marijuana for registeredpatients in the area. Bob Meharg, chairman of Patients and Families United, said in a news release:

“Taxpayers have just footed the bill for an untold number of wasted dollars in this sad incident near Dillon and, if the government charges and manages to convict the patient involved, we’ll be paying more than $136,000 every month for the patient’s medical care alone. I am shocked to see that the government is claiming that it investigated this case for three months, yet when the government acted against this poor patient it was in such complete ignorance both of our state’s medical marijuana law and of the basic facts of this situation.”

In 2004, Montana voters – by the widest margin in U.S. history – approved making medical marijuana legal for patients suffering certain medical conditions. Dillon’s Beaverhead County was one of the many counties where a majority of voters passed the measure. The law specifies that qualifying patients may grow and possess enough marijuana to meet their legitimate medical needs. Currently, nearly 600 Montanans in 34 counties are registered medical marijuana patients based on recommendations from 145 physicians across the state.

Unfortunately, this has not been picked up by major news sources in the state or the country. In fact, the title for the Montana Standard article read as:

The ignorance of people surrounding medical marijuana was further reflected in the comments left on the page:

CalRipken wrote on Feb 14, 2008 3:18 PM:
” Good Job Martenson. You should get a raise. Keep plugging away. Another one bites the dust. Chalk up another one for the good guys. You should take him Federal and lock him up for 15 years. 96 plants should meet the Fed standards. Tell the other guys who worked the case Good Job, too. And do a high five for me, Yes! “

I was under the assumption that our country was supposed to be helping those most in need. Even though this individual took the time to obtain his medicine through legal avenues that were accepted and voted upon by a government within the United States of America, prohibition still reigns supreme.

For more information, please check out the following links:

Maybe, one day, we’ll live in a world where our children won’t ask why the bad man is going to jail, but why the bad men are taking the nice man away. 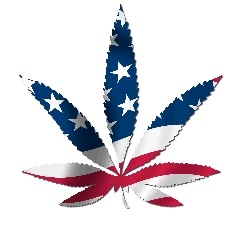 Finally got this completed. If you want to take a look at it in Google Earth (or just want a bigger look), then check out this link and click on the “Open in Google Earth” link. You can also just download the .kml file directly from here. For the most detailed information about the cuts including detailed maps of the cables check out “The Submarine Cables – A Complete Guide to the 2008 Internet Outage.”