[UPDATE – 02/12/08 – The Complete Guide to the 2008 Internet Outage has been finished. It contains the most up to date information including detailed images and explanations to help unravel this cable mess. Please check it out here]

I find it humorous that the recent cable cuttings have caused another, yet another divide that we are more commonly seeing on the internet: those that “wear the foil hats” and those that don’t. While I understand where the stereotype comes from– 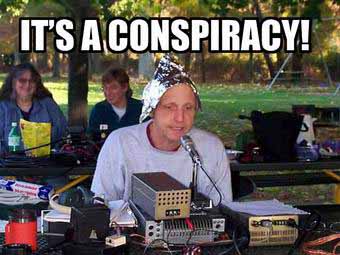 –I think, on the internet, it has taken on a whole new meaning. Case in point: here’s a Wikipedia article on the subject.

[UPDATE: now there is even a Wikipedia article discussing the ‘conspiracy theories’ surrounding the submarine cable damages as well.]

Even though we jest about it and throw about the term lightly, there are those in the world who believe to the bottom of their soul that they are keeping themselves safe by adorning such a hat. These people are usually a bit psychotic and often exhibit symptoms of dementia praecox.

As a person who has been unfairly grouped into this stereotypical association which exists between “conspiracy theorists” (man, that sounds spooky) and the mentally ill, let me step forward and say:

In a world where the word ‘conspiracy’ is tossed at someone the moment they try to make an argument, it appears, at least to this author, that we setting ourselves up for failure. Isn’t it healthy and constructive to question the world around you in search of complete understanding of a particular subject?

As the internet grows exponentially greater in mass along with the human race, we are going to be faced with an world that will be growing ever smaller. It may be sooner than we think when neighborhoods, are filled to the breaking point, with humans reproducing in the closest of quarters. 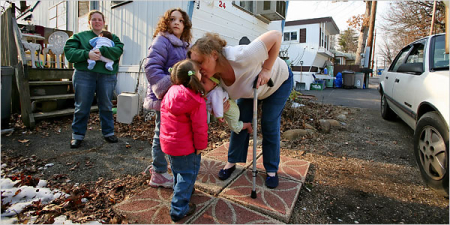 We may find ourselves in a society where paranoia of even those who are close in proximity to you becomes a necessity for survival instead of the words of a “few crazy individuals.” When people are at war with one another for territory the size of a city block.

When I was in school, I learned how to ask questions and find answers. This fundamental skill grew within me from grade school through college. Yet, for some reason, those, who are considered educated among us, are able to ridicule and choose to otherwise ignore our questions whenever we start to ask. I am lucky that I work in a place which allows me to have open conversations with my peers about the world around us. I am lucky that the woman that I am in a relationship with allows me to have a similar environment in my home.

I encourage anyone reading this to try and make your life, your workplace, and your home, a similar place. Try to surround yourself with people who encourage critical thinking and who don’t take everything at face value.

I have tried to introduce evidence which may help to explain the recent events which have turned into a veritable “Cablecut-gate” that has gripped the web. Yet, there are still those who choose the simpler way out.

There will always be people who are willing to accept the simpler answer and go on with their lives. There are even those in the aforementioned group that will go to great lengths to prove their simple truth. Whether it be through books, photos, sound bytes, or even quotes from their favorite puppet on Fox and Friends (sorry, I had to), there will also be those of us who have an undying desire to search for truth and understanding in the events which shape the world around us.

If you happen to agree with me, or you’re into what is apparently the “tin-foil hat crowd,” then please read my previous posts on the subject.

I will batten down the hatches and pull the rubber-band of my tinfoil hat down to snap against the bottom of my chin. Because I, for one, refuse to believe that this is what could have possibly occurred: 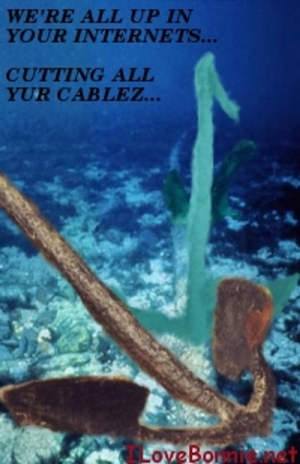