[UPDATE]: This has been picked up in the mainstream news and covered in much more detail on other sites. Wired.com has a particularly good description of the attacks, including many other links, here.

In the recent conflict that has broken out between Georgia, Russia and South Ossetia, a different kind of war has been waging. There has been a series of cyberattacks against various Georgian websites including news agencies and governmental organizations.

The information is appearing on the wikipedia article as more information becomes available. Many of the websites involved in the attacks are unavailable.

Here are the hacks known to be associated with the conflict:

These are only the reported attacks thus far. The website defacing that has occurred is usually in the form of comparing the Georgian President Saakashvili to Adolf Hitler. This is an image that was grabbed from the main website of the Georgian Ministry of Foreign Affairs (mfa.gov.ge) before it was taken down: 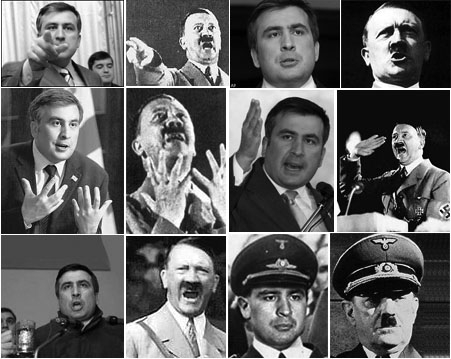 These attacks are reportedly very similar to the ones that occurred in the 2007 cyberattacks on Estonia.

As more information is provided, this page will be updated to reflect the ongoing attacks. If you would like to stay updated, then please be sure to subscribe to my feed.