The wonderful website reason.tv, recently released a wonderful video illustrating the problems that California is facing in trying to succeed with the medical marijiuana movement. It is entitled, “Raiding California” and can be found here.

This video is particularly interesting because it focuses on the treatment of a minor. Definitely worth the 10 minutes:

Thanks to Drew Carey and reason.tv for the wonderful video. Hopefully politicians will start to wake up or the Federal Government will start to butt out.

More information about some of the necessary steps towards changing the drug policies in America are explored in my other post, which is entitled: “Necessary Components in an Exit Strategy for the War on Drugs.”

The Kucinich camp has introduced another article of impeachment against the President of the United States of America.

Kucinich released a letter to his colleagues which asked the following of them:

“This Thursday evening I will bring a privileged resolution to the House with a single Article of Impeachment of President Bush for taking our nation and our troops to war based on lies. We owe it to our troops who even at this hour stand as sentinels of America because they love this country and will give their lives for it. What are we willing to do to match their valor and the valor of their successors? Are we at least willing to defend the Constitution from the comfort and security of our Washington, DC offices?”

The President is being accused of:

“Deceiving Congress with fabricated threats of Iraq WMDs to fraudulently obtain support for an authorization of the use of military force against Iraq.”

SUCCESS!!! – (238 – 180) The Senate Judiciary Committee will review the article of impeachment. Oh my gosh, we might get to see justice after all.

If 30+ reasons weren’t enough… maybe one solid reason will be.

Following the success (and subsequent hate-mail/threats) of a few posts, I decided to take a break from the blogging atmosphere for a little bit.

During this time, my fiance and I have had the chance to take a trip across the country to the capital of this nation, Washington, D.C. There, I was able to speak with one of the Senators from the state I live in. It was a brief meeting but the feeling of empowerment was worth it. Although I know the words that I said had little effect, it is still nice to have that weight lifted off of your shoulders.

“Which weight is that,” you ask?

“The weight of knowing that you are aware of problems going on around you without taking the time to do something about it.”

During the past month or so we have seen attacks on our own liberties in ways never thought possible. Criminal actions are being waived aside and criminals, themselves, are allowed to roam the world without having to answer to anyone:

Telecommunications companies (such as Verizon) are growing at huge rates with acquisitions occurring every few months it seems. Will it be long before we’ll be looking at the value of the KBps instead of the cost of dollars per barrel?

The one person, who it seemed had the drive (and ability) to cause the necessary change has failed us as well. He too, has subscribed to the “Timothy Leary-esque” command that the government seems to be trying to shove down our throats:

“Tune in, turn on, and MOVE ALONG, NOTHING TO SEE HERE.”

An excellent book by Bill Emmott, former editor and chief for the Economist was recently released: 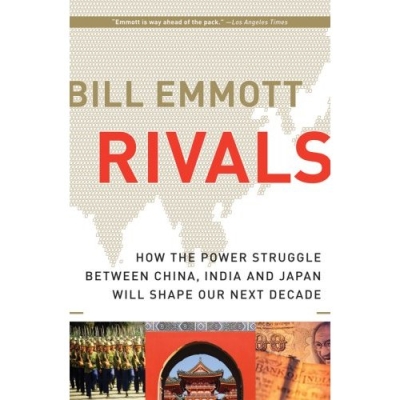 In it, the author details how America will be surpassed within the next 20-25 years as the global economic dominator. It has started to increase my desire to look beyond the walls of our country for solutions to our future and opened up my eyes to that area of the world. Is it true that this country, the United States of America, is actually slipping in the realm of global economic dominance? Though the signs have been there for a while, there was always the inkling of doubt that America could be a great country again. However, these inklings have “tuned in, turned on” and are diminishing with a steady pace.

Whether it be economics, law, or government, it seems that the world as we know it (we being Americans), is changing beneath our feet every day… faster and faster. Our country, is being driven towards some end with the citizens being drug behind it in a fashion not dissimilar from Laramie, Wyoming. Where fear, hate, and stupidity cause the damage and the only people left feeling like winners are the ones driving the truck.

Do you feel fine?